Enforceability of the Agreement

OUR PRACTICE AND EXPERIENCE 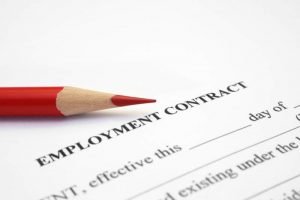 Our attorneys are AV-Rated, and have successfully argued a trade secret/non-compete/non-solicitation matter before a Florida state court jury receiving a total judgment of approximately $2.4 million.

If you or someone that you know have questions or need assistance regarding these types of agreements, our attorneys have the experience to answer those questions or provide the necessary assistance.

A.  Requirements of Non-Compete/Non-Solicitation Agreements in Florida

In order to meet Florida requirements, every non-compete/non-solicitation agreement must be in writing and signed by the person against whom enforcement is sought.  In addition, the party seeking enforcement carries the initial burden to plead and prove that the contractually specified restraint is reasonably necessary to protect a legitimate business interest.  Once the moving party establishes its prima facie case, the opposing party must then demonstrate that the restriction is overbroad, overlong, or otherwise not reasonably necessary to protect the established legitimate business interest.

B.  Protectable Interests Giving Rise to Enforcement of Non-Compete/Non-Solicitation Agreements

Non-compete/Non-Solicitation agreements are enforceable to the extent that they are necessary to protect a party’s legitimate business interests.  Under Florida law, legitimate business interests include the following:  (1) trade secrets; (2) valuable confidential business or professional information; (3) substantial relationships with specific prospective or existing customers, patients, or clients; (4) customer, patient, or client goodwill associated with an ongoing business or professional practice, a specific geographic location, or a specific marketing or trade area; and (5) extraordinary or specialized training.  However, it is well known that the non-compete cannot be used as a tool simply to eliminate competition.  Edwards v. Harris, 964 So. 2d 196, 297 (Fla. 1st DCA 2007).

C.  The Non-Compete/Non-Solicitation Agreement Must be Reasonable

To be enforceable under Florida law, non-compete/non-solicitation agreements must be necessary to protect a party’s legitimate business interests.  In addition, the terms of a non-compete/non-solicitation agreement must be reasonable in time, geographic scope, and line of business.  Whether a non-compete agreement is reasonable is a question for the trial court.  Whitby v. Infinity Radio, Inc., 951 So. 2d 890, 897 (Fla. 4th DCA 2007).

How Long Can The Last?

(1)  Duration of the Restriction

To determine whether a non-compete/non-solicitation agreement is reasonable in time, Florida courts are guided by section 542.335, Fla. Stat.  Specifically , Florida law sets outside parameters for reasonableness with respect to four separate categories of covenants:  (1) covenants restricting former employees, agents, and independent contractors; (2) covenants restricting former distributors, dealers, franchisees, or licensees of a trademark or service mark; (3) covenants incident to the sale of a business; and (4) post-term covenants predicated upon the protection of trade secrets.

Where a non-compete/non-solicitation agreement falls between the time parameters prescribed by statute and is not presumed reasonable or unreasonable, Florida courts generally rule that the time limitation is reasonable.  Therefore, it is difficult to demonstrate unreasonableness where the agreement falls between the statutory parameters.  However, if the non-compete agreement exceeds the time period allowed by statute, then the trial court should reduce the duration of the agreement.  See Henao v. Professional Shoe Repair, Inc., 929 So. 2d 723 (Fla. 5th DCA 2006) (holding that the trial court should reduce the ten year period contained in a sale of business agreement).

(2)  Geographic Scope of the Non-Compete Agreement Must be Reasonable

With respect to geographic scope, Florida courts typically choose to enforce covenants that encompass the area in which the former employee conducted business for the employer.  For example, in Grant v. Robert Half International, Inc., 597 So. 2d 801 (Fla. 3d DCA 1992), the court upheld a non-compete agreement that covered the radius of 50 miles from any office of the defendant company in which the former employee had worked.  In Open Magnetic Imaging, Inc. v. Nieves-Garcia, 826 So. 2d 415 (Fla. 3d DCA 2002), the appellate court agreed with the trial court’s ruling that a non-compete agreement was overbroad where it encompassed three counties in Florida, while the employee had only worked within one county.

(3)  Line of Business as Affecting the Non-Compete Agreement

Florida courts will consider whether the non-compete agreement is reasonable with respect to the line of business restricted.  For example, the agreement should not prohibit activities that a former employee did not perform for his or her employer.  See Milner Voice & Data, Inc. v. Tassy, 377 F. Supp. 2d 1209, 1217 (S.D. Fla. 2005).  A court may also consider as a defense the fact that the person seeking enforcement no longer continues in business in the area or line of business that is the subject of the action to enforce the non-compete agreement.

When it comes to geographic restrictions for customer non-solicitation provisions, Florida courts generally do not require geographical restraints and repeatedly have found provisions that simply prohibit the solicitation of a former employer’s customers are reasonable.

Are non-compete agreements enforceable in Florida?

Sometimes they are enforceable, although there are many instances where the agreement is legally barred from being enforced under Florida law. Give us a call for a consultation.

What makes a non-compete agreement enforceable by my ex-employer?

The most common answer is that the non-compete must be reasonable with regard to the (1) time (2) geographic area, and (3) must protect a legitimate business interest of the employer per Florida statute.

How long can a non-compete last in Florida?

To determine whether a non-compete/non-solicitation agreement is reasonable in time, Florida courts are guided by section 542.335, Fla. Stat.  Specifically , Florida law sets outside parameters for reasonableness with respect to four separate categories of covenants:  (1) covenants restricting former employees, agents, and independent contractors; (2) covenants restricting former distributors, dealers, franchisees, or licensees of a trademark or service mark; (3) covenants incident to the sale of a business; and (4) post-term covenants predicated upon the protection of trade secrets.