In Florida, Leaving the Scene of an Accident, or “hit and run,” is defined as the failure of a driver to remain at the site of a vehicle crash, when the crash at issue involves death, bodily injury, or property damage. 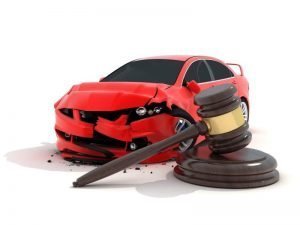 According to Florida Statute 316.061, the driver of any vehicle involved in a crash resulting only in damage to another vehicle or other property, the driver has a responsibility to remain at the scene. In an instance where a driver has hit a parked car in a parking lot or parking garage and cannot locate its owner, the driver has a duty to leave a note stating their full name, address, driver’s license number and license plate number.

Failure to do so is a second-degree misdemeanor offense, punishable by a $500 fine and up to 60 days in prison. Per Florida Statute 316.062, the driver of any vehicle involved in an accident resulting in injury or death has a duty to give their information and render aid to those who are in need. Drivers are required to give their name, address, and vehicle registration number. If requested, a driver may also have to present their driver’s license or driver’s permit.

Injured in a Hit & Run Accident

When a Florida hit and run causes bodily injury, the penalties for this type of felony crime include license revocation for at least three years, up to five years in prison and a $5,000 fine. If the collision results in a fatality, in addition to license revocation for at least three years, this first-degree felony offense adds a mandatory minimum of four years in prison with up to 30 years sentenced and a $10,000 fine.

What To Do After A Hit And Run

When a driver leaves the scene of an accident, you may be tempted to chase after them, but don’t. Not only will you be putting yourself at risk in a high-speed chase, but you endanger other drivers, passengers and pedestrians in your haste.

Can I sue the hit and run driver?

Most likely yes. Your attorney will conduct an investigation to gather evidence on the driver. This may include obtaining surveillance footage from local businesses, witness statements, and other means of identifying the hit and run driver.

How much does a car accident lawyer cost?

Personal injury attorneys typically work on a contingency fee basis. This means you pay nothing unless you win.

What if I was also at fault?

Even if you bear some of the fault in the accident, there may still be a possibility for you to recover monetary damages from the at fault, hit & run driver. Call our offices today.