Prior to 2012, Florida courts applied a presumption that the second driver was negligent in rear end accidents. However, in the 2012 case of Cevallos v. Rideout, et al., 107 So. 3d 348 (2012), the Florida Supreme Court reversed the Fourth District Court of Appeal and presented an opportunity for the second driver to rebut the presumption of negligence. The Cevallos case involved a three car crash in which the middle driver was purportedly talking on her cell phone and as a result, came to a sudden halt prior to crashing into the car in front of her. Because of the middle driver’s negligence, the third driver argued he was unable to stop and became part of the collision.

The Florida Supreme Court noted that in similar circumstances, a driver may rebut the presumption of negligence if the driver can present “evidence from which a jury could find negligence on the part of the front driver that contributed to bring about the injury producing collision.” 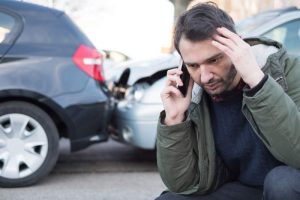 If you or a family member of yours has been in a rear end car accident in Tampa or anywhere in Florida that was caused by another driver’s negligence or recklessness, the car crash law group of Fowkes & Hasanbasic, Accident and Insurance Lawyers may be able to help you. You could be eligible to obtain compensation to pay your medical bills, property damage costs and lost wages, as well as for your emotional distress, pain and suffering, and other losses.